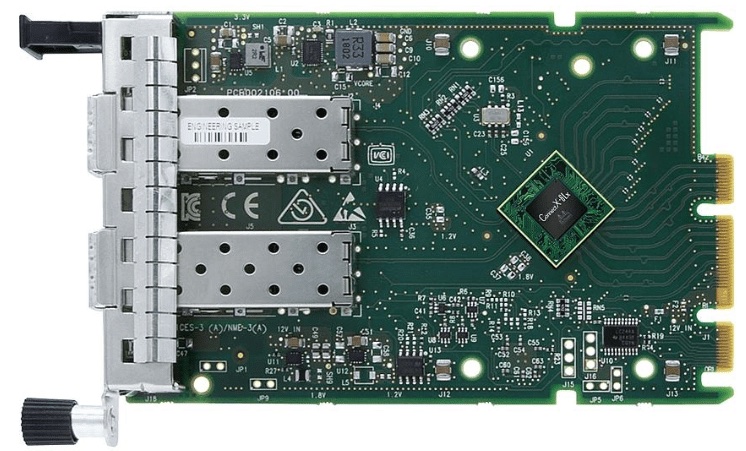 Network interface cards are ubiquitous technology, but SmartNICs are relatively new. A SmartNIC essentially works as both a small computer and NIC at the same time, which enables the NIC to take on certain compute tasks that the CPU would otherwise perform. In 2020, VMware jumped into creating software to support SmartNICs with its Project Monterey initiative.

SmartNICs alone won’t change the way data centers run, but by combining VMware’s ESXi hypervisor with the SmartNIC platform, you can accelerate networking and compute performance. Although SmartNICs might not change data center operations the same way the hypervisor did, SmartNICs have the potential to become as useful and ubiquitous as other key VMware products, such as NSX.

What is a SmartNIC?

A SmartNIC simultaneously operates as both a single-board computer and a NIC. With a microcomputer on it, the NIC can perform tasks such as encryption, offloading that duty from the main CPU. However, a SmartNIC only possesses a single microcomputer at the card layer, which means only a single application can run on this advanced RISC machine (ARM) platform.
VMware’s Project Monterey aims to put a separate ESXi hypervisor at the SmartNIC level. SmartNICs already run ARM chips, but since VMware now enables its hypervisor to run on ARM, two hypervisors can share the same host.
An ESXi hypervisor on a SmartNIC can run the virtual networking, security and storage workloads that you would normally deploy from VMware Cloud Foundation.

Why run ESXi on a SmartNIC?

What you use an ESXi hypervisor on a SmartNIC for depends on your security and performance requirements.
For security concerns, you can use a SmartNIC to airgap traffic moving from one hypervisor to another. Combine this capability with VMware’s NSX microsegmentation and intrusion detection system technologies to enhance virtual workload protection without affecting that workload’s performance or function.
Project Monterey can also enhance performance by securely exposing key accelerators to hosts in clusters through APIs for functions such as compression, encryption and encoding. This setup does not affect CPU performance. ARM architecture also lacks the speed limitations of motherboard architecture.

The future of VMware and SmartNICs

Although security and performance use cases take center stage in the discussion surrounding SmartNICs, ESXi on SmartNICs could open up other opportunities in the future. For example, Nvidia partnered with VMware in September 2020 to enable VMware customers to run Nvidia vGPUs on VMware technology. I predict VMware and Nvidia could potentially partner again to expand GPU grid technology and create new use cases for SmartNICs.
Although SmartNICs might not yet enable you to reduce hosts from four sockets to two, you can use them to increase workload density. For example, SmartNICs can help reduce the load security like encryption creates on main CPUs.

VMware Project Monterey unveiled with ESXi on SmartNICs is exciting technology. However, at this time, this is a technology preview for showcasing features. Official availability has not been announced as of yet.